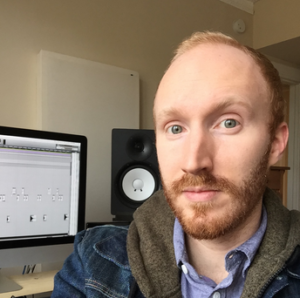 A Long Island native living in Raleigh, NC, Eric Scholz has played and recorded music for as long as he can remember. His a cappella career started at NC State with the award-winning mixed group Acappology, which was featured on BOCA 2011, 2012, and 2013, as well as Voices Only 2012 and 2013 under his (co-)leadership. As the culmination of his experiences as a leader, performer, and producer/engineer… a cappella production quickly blossomed into a career for me. He’s been working in the a cappella world nonstop since graduation, with a wide array of clients as well as on his own projects.

Eric is immensely talented and creative and is all about collaborating and sharing his passion for music in general. Whether you’re looking for guidance in your music-making or you’d like assistance fulfilling your own creative vision, you should definitely check him out.