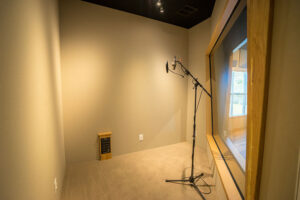 In design, there’s a concept known as “less is more.” Basically, minimalism.

It’s defined by Google as:

“That which is less complicated is often better understood and more appreciated than what is more complicated; simplicity is preferable to complexity; brevity in communication is more effective than verbosity.”

The basic premise is that that simplicity and clarity lead to good design. Focus on the following ideas:

And this can be applied to many things in music too . . .

Most often, I use it when talking to vocal percussionists (who often refer to themselves as beatboxers) which I will henceforth refer to as drummers. I find that drummers who started learning their instrument using their mouth and just creating sounds rather than sitting behind a kit playing along with Billy Joel albums or slogging through methods books by Carmine Appice have missed THE essential building block of being a great drummer. LESS IS MORE.

2. Focus on the groove and make sure it supports on enhances what the bassline is doing. You are part of the rhythm section. (Make elements purer, more direct, and more potent)

If you want to understand how this principle applies to drumming, go listen to Steve Gadd (Paul Simon and pretty much everyone else), Liberty Devitto (Billy Joel), Larry Mullen (U2 and in particular Sunday Bloody Sunday)

You often hear the term less is more used in mixing as well. If you have too many parts/things in a mix, they end up competing for the listeners attention. Mixes have limited room for stuff and if you overload it with too many parts or plug-ins or tracks, the resulting clutter will just make your mix confusing and cluttered. Adding more stuff to make something sound big can actually have the opposite effect. Those competing frequencies can just end up making your mix sound small. The best mix engineers in the world have actually mastered the art of using the MUTE button.

In our modern world, it’s hard to practice the less is more principle. We’re indoctrinated by our consumer culture that you should always have more, want more . . . MOAR EEZ BETTAH!!!!

But instead of doing more and assuming it’s better, if you focus on doing less and doing it really, really well, you will be more deliberate, less scattered, more mindful, less flustered, and more present.