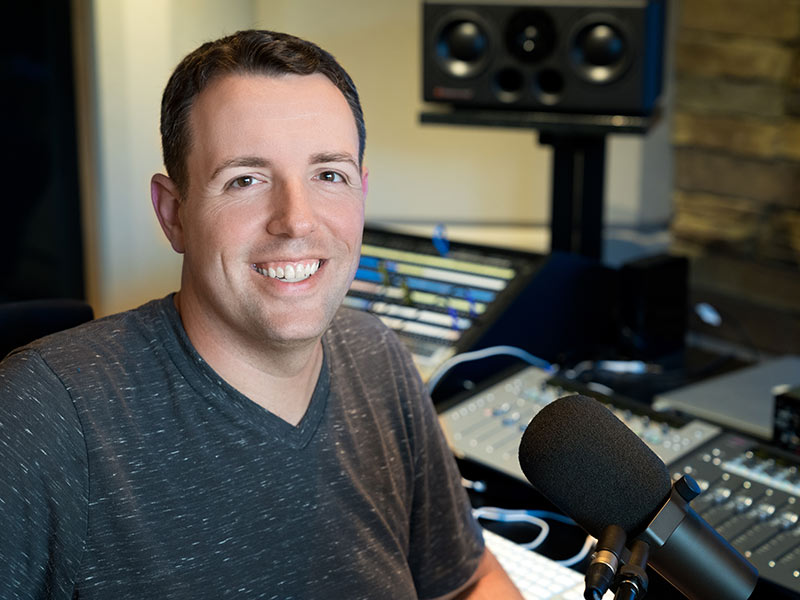 Thanks for being here! I began my music career as a drummer and have been involved in choral music and contemporary a cappella for more than 20 years.

I sang with the Madison Project and founded Exit 245 (both BOCA and Voices Only regulars) at James Madison University where I earned a bachelor’s degree in voice, a master’s degree in choral conducting, and also spent time as a percussion major. Before opening Emerald City Productions, I worked for the Master Chorale of Washington at the Kennedy Center, the Cathedral Choral Society at the National Cathedral, and contracted and prepared choirs for the National Symphony Orchestra at the Kennedy Center and Wolf Trap.

In 2011, I began working for the network television a cappella competition The Sing Off and have done production work for several incarnations of the show (USA, Holland, and France). I’m also a regular teacher at vocal and choral festivals around the world.

Listen in as I share about my daredevil daughter, Elena, who has special needs and is my inspiration every single day.

My engineering, editing, and mixing contributions can be found on more than 50 CARA nominated songs, EPs, or albums and on 15 compilation albums.

Download the Pre-Production Checklist to help you prepare for your next A Cappella recording.